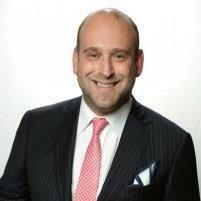 Uterine fibroids are so common that most women will have them at some point during their lives. They can be inside, outside, or within the walls of the uterus. While fibroids don't always cause problems, they can sometimes cause severe pain, excessive bleeding, infertility, and other serious issues. At Progressive Obstetrics & Gynecology in Boynton, Florida, Dr. Thomas Lang offers customized solutions.

Fibroids are tumors that develop within the uterus. They can be smaller than a pea or larger than a grapefruit, and many women have multiple fibroids at once. In most cases, fibroids aren't cancerous. They're by far the most commonly occurring kind of pelvic growth among women today. For some women, uterine fibroids will never cause any symptoms at all, but for others, the symptoms can be severe.

What are the symptoms of uterine fibroids?

Symptoms of fibroids include:

How are fibroids diagnosed?

In most cases, uterine fibroids are detected during a pelvic exam. Dr. Lang can often feel the fibroids while palpating the abdomen, especially if they're large. If Dr. Lang observes an irregularly shaped uterus but doesn't feel fibroids, he may recommend an ultrasound exam to see the interior of the uterus. An ultrasound can also be useful for determining the precise location and measurements of the fibroids, for future treatment purposes.

How are fibroids treated?

Fibroid treatment depends on several factors, including the patient's symptoms and fertility concerns. There are medications that can shrink fibroids; however, if these medications are discontinued, the fibroids are likely to return quickly.

Dr. Lang offers minimally invasive surgical solutions like myomectomy. In a myomectomy, Dr. Lang will surgically remove the fibroids while leaving the uterus intact. A myomectomy isn't always a permanent solution, but it generally prevents fibroid symptoms and other associated fibroid problems for a long time. This procedure is a good option for many women today because it doesn't permanently end fertility, like a hysterectomy would.